Investing in the Future of Exploration

In honor of our clients and Earth Day, SouthCol is proud to support future generations of global explorers by investing in more equitable access to the great outdoors.

Investing in the Future of Exploration

SouthCol Advisors was founded on the unwavering commitment to mission, collaboration, and disciplined processes – a commitment synonymous with the attributes of successful explorers. 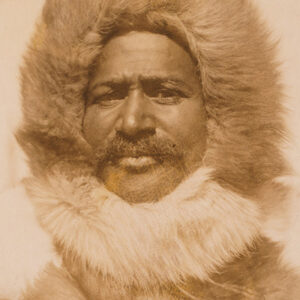 In honor of Earth Day, SouthCol has made a donation to the PolarExplorers’ Matthew Henson Scholarship. A remarkable explorer, Matthew Henson is believed to be the first person to stand on the North Pole. In line with this year’s Earth Day theme of “Investing in our Planet”, SouthCol’s contribution aims to promote equitable access to the great outdoors.

“We are thrilled at the opportunity to support the Matthew Henson Scholarship – an investment that will expand, diversify, and strengthen the explorer community,” said SouthCol Founder James Lumberg.

Born in Maryland in 1866, just one year after the end of the U.S Civil War, Henson was part of the first generation of free-born African Americans.

Henson grew up an orphan in Baltimore and eventually found a job aboard a sailing ship. The ship’s captain taught him to read and write – an act of kindness that would change his life. Years later, working as a store clerk in Washington, D.C., Henson met U.S. Navy engineer Robert E. Peary. This was the beginning of a relationship that spanned two decades and more than half a dozen record-breaking voyages.

By 1900 the two had gone farther north than anyone in recorded history. It is believed that by 1909, Henson and Peary made it to the North Pole accompanied by four Inuit men. Henson claimed to be the first to stand on the North Pole.

Henson is one of the few African American explorers of the Golden Age of Exploration. As an African American, he did not receive widespread recognition until many years after his death. Henson’s life of exploration and discovery heralded the modern era of adventure and continues to inspire countless generations of explorers and adventure-seekers.

The scholarship honors Matthew Henson’s legacy by providing an opportunity for people of color – in particular, emerging outdoor guides or people with current or future positions of leadership in the outdoor industry – to embrace cold-weather adventures and to build the necessary skill set to thrive during cold weather expeditions.

SouthCol Founder, James Lumberg, was inspired after meeting the first two Matthew Henson Scholars, Emily Ford and Stephen Scott, during a polar training exercise in northern Minnesota. Impressed by their stories, he immediately recognized the impact of this scholarship.

Summarized Lumberg, “We embrace Earth Day as an opportunity to empower a new generation of pioneers to help us better understand how to invest in our planet.”